When you hear the word “Porsche,” what car do you think of? Of course it’s the 911. However, Porsche owes much more credit than it is given for the front-engine 944 and 928. Why’s that?

In the mid-1970s, Porsche executives were imagining a vastly different future for Porsche than where it is now. The rear-engine 911, was in their eyes, a flawed and rapidly aging design. They started developing two front-engine cars to replace it. What were those cars? the 924 and the 928. My grandfather owned a 924 at one point, but that’s a story I won’t tell now. Anyways, back to the point. We all know that the future those Porsche executives had planned out didn’t happen. The 911 still remains in production, and is a true masterpiece of automotive engineering and design. However, the 924 and 928 played a vital role in Porsche’s storied history.

The front-engine cars, especially the 944 , were the knight in shining armor for Porsche in the 1980s. They certainly stumbled with the slow, VW-derived 924, but they had a truly runaway success with the 944, which was what kept the 911 in production. In my eyes, it was unfortunate that the big, V8-powered 928 never really caught on with Porsche’s intended audience, but it has gained somewhat of a cult following in the past 15 years or so.

While the 928, and 944 are dearly departed, their spirit lives on, albeit in a different form. The 718 Boxster/Cayman occupy the same space that the 944 did. One can make the case that the 928 was reborn as the Panamera.

What about the 924? While it’s popular for budget track day enthusiasts, it never became as popular as the 928 and 944. Even though it had a VW engine, Porsche was in charge of developing the head for the engine. They played around with a 16-valve head, which meant it had four valves per cylinder (two intake, two exhaust), a turbocharger (which made the 924 quite formidable on a windy road), among other things.

According to Reuters, VW CEO Matthias Mueller recently told a German newspaper that they can’t easily afford a similar payout plan for European owners. “You don’t have to be a mathematician to realize that compensation at arbitrarily high levels would overwhelm Volkswagen.”

That’s a massive problem for VW, but they do have something to use in their defense – European emissions regulations are much more relaxed than the laws in the U.S. “In the U.S. the [emission] limits are stricter, which makes the fix more complicated. And taking part in the buyback is voluntary [for customers], which is note the case in Germany, for example,” Mueller said.

Even though there might be different emissions regulations, the Industry Commissioner of Europe, Elzbieta Bienkowska, has told VW to drain their coffers and pay European owners, saying it would be unfair to treat them differently than U.S. customers.

VW has already set aside at least $10 billion to settle it’s so-called “Dieselgate” scandal Stateside. Owners can choose to have their TDI vehicles repaired, or sell them back to VW. Most owners will receive anywhere from $5,000 to $10,000 as compensation. VW has agreed to put $2.7 billion into an environmental trust to offset their excess diesel emissions, and they will also invest $2 billion to bolster the United States’ EV (electric vehicle) charging infrastructure and promote other clean vehicle programs.

What’s my two cents on VW’s refusal? I certainly see their point, and I get that they want to save money. However, they are a gigantic market player in Europe, and are gaining traction here in the U.S. But, owner satisfaction should always come first, and treating European owners differently just because European emissions laws aren’t as stringent as U.S. emissions laws is straight-up foolish. If they want to lose customers, owners, and more importantly, their reputation, then going forward with this plan is a great idea. In the light of Brexit, the European Union is going to go through massive economic changes in the months to come, and to me, it seems like Bienkowska won’t back down from her position on forcing VW to pay European owners as well. VW is already facing massive scrutiny and pressure from both the U.S. government, as well as U.S. owners. It should come as no surprise that the European Union is going to come after them as well. It’s only going to be a matter of time before European owners jump on this bandwagon also.

While I know that this crash has been highly publicized in the past few days, I find it only fitting that I should publish a blog post on this.

On May 7, in Williston, Florida, a fatal accident occurred. While this shouldn’t come as a surprise to many, it should It doesn’t matter that the deceased driver of a Tesla Model S became one of the 3,287 daily deaths from automotive crashes every day. It certainly doesn’t make it any easier to digest.

This incident was the first self-driving car death on record. Between Tesla’s extensive testing of the semi-autonomous Autopilot feature, and owners’ use of the feature, there are 130 million miles of Autopilot being used.

The fatal accident occurred when a tractor-trailer made a left turn at an intersection without a traffic light in front of the Tesla. The driver, Joshua Brown, died of injuries sustained in the wreck.

Tesla published a blog post saying that the Model S was travelling on a divided highway with Autopilot engaged when the tractor-trailer crossed its path.

“Neither Autopilot nor the driver noticed the white side of the tractor trailer against a brightly lit sky, so the brake was not applied. The high ride height of the trailer combined with its positioning across the road and the extremely rare circumstances of the impact caused the Model S to pass under the trailer, with the bottom of the trailer impacting the windshield of the Model S. Had the Model S impacted the front or rear of the trailer, even at high speed, its advanced crash safety system would likely have prevented serious injury as it has in numerous other similar incidents.”

Tesla went onto say that they were saddened by the loss of Brown, who was a “friend to Tesla and the broader EV community,” as well as stating that the risk of injury will decrease as Autopilot gets better over time, as it is currently in a public beta stage. Whenever Autopilot is engaged, a warning is displayed to remind the driver that the technology is in public beta and that the driver should have both hands on the wheel at all times, in the event of an emergency such as this.

Per company policy, Tesla notified the National Highway Traffic Safety Administration when they heard of the incident. NHTSA has since launched an investigation into the crash and Autopilot.

The AP (Associated Press) reports that the driver of the truck, Frank Baressi, says that he heard a “Harry Potter” movie playing in the Tesla following the crash, however he was not able to see where it was coming from. NHTSA investigators do not believe it was playing on the massive infotainment screen in the Tesla (which would require hacking into the operating system of the car). However, the report does state that a portable DVD player was found in the car following the crash, but it is unclear whether it was playing at the time of the crash.

Baressi could face charges for making an unsafe maneuver, but he claims that he was unable to see the Model S, as it was travelling at a high rate of speed. It appears that Baressi failed to yield to the right-of-way when making a left turn, especially in something large and heavy enough that he could not accelerate quickly enough to get out of the way.

It is understandable to me why Tesla, ever the perfectionist, would not want to release Autopilot as a final product just yet. To me, Tesla should not have named Autopilot as such. It implies that the car can fully drive itself without ANY control from the driver (it can do about 75% of that).

The co-developer of the Autopilot technology used in the Model S, Mobileye, said that the technology was not designed for such circumstances. The automatic emergency braking feature built into Autopilot is specifically designed to avoid rear-end collisions, and the incident was one that it could not have prevented. Mobileye went onto say that by 2018, there will be a Lateral Turn Across Path detection capability in it’s systems, and said feature will be included as part of the Euro NCAP safety ratings in 2020.

While we will have to wait for the official NHTSA report to come out, we can only speculate. Here’s my two cents:

This was a clear case of user error. Whether Brown was watching Harry Potter at the time of the crash or not, he obviously did not see Baressi’s tractor-trailer pulling out in front of him. It doesn’t matter how fast he was going – the crash would have likely happened regardless. That’s not to say that speed wasn’t a factor in the crash. If Brown had been going slower (the speed he was travelling is not currently released to the public), he might be alive. Baressi clearly did not see the Model S, or he would not have made the turn. 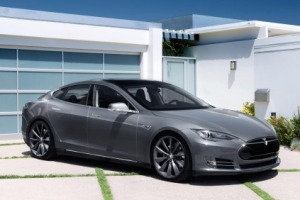