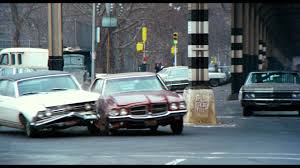 It’s been a while since I published an Out and About in Sonoma County.  However, that’s because I got some great pictures from Oregon AND Sonoma County!  I hope you enjoy them!  I will provide commentary on ALL of the cars – basically fun facts on them!  I also got some pictures from Mother’s Day Weekend up in Redding, CA.  Those are included as well.

This is my 300th post, so next week, I am doing a giveaway of a Roadkill hat!  Every reader or subscriber MUST leave a comment saying that they wish to be entered in the giveaway.  Remember, leave a comment to get a chance to win!

While it’s been a couple of months since the 2014 SEMA show in Las Vegas, I only recently heard about the legendary Shaker Hoods and Scat Packs returning to Mopar!

Since the 2014 Dodge Challenger looks like it’s 1970 ancestor, it seems fitting that the Challenger should have the legendary Shaker Hood.  Like the original Challenger, the 2014 Challenger can also be fitted with a hood that has the air scoop directly attached to the engine.  This Shaker Hood isn’t just a useless piece of retro jewelry, either.  It provides cooling air to the thirsty HEMI engine under that beautiful hood.

What makes the Shaker Hood even more accessible to enthusiasts who want a 2014 Challenger is the fact that it comes as its own special model!  It’s called the 2014 Dodge Challenger R/T Shaker, and it comes with it’s unique graphics, a period-correct Satin Black Shaker Hood, plus the optional Super Track Pack performance package and a few other cosmetic changes.  It also comes with a spectacular creamsicle-orange color that is a must!

Also returning for 2014 is the Scat Pack.  The last time the Scat Pack was seen on the 1968 Challenger, Charger, and Dart.  Back then, it was called the “Scat Pack Club” package, and it collectively referred to all of the performance models, and it also encouraged camaraderie among enthusiasts and owners.  This time around, however, Dodge is using the moniker as a performance package for, you guessed it, the Dart, Charger, and Challenger.

Each Scat Pack package is available in three stages, with each stage offering additional performance enhancements for the mighty 5.7-liter HEMI V8 on the Charger and Challenger and the turbocharged 2.4-liter four cylinder on the Dart.

These performance enhancements include enhanced ECU tuning, and freer-flowing intake and exhaust systems.  The V8 cars come with more serious modifications:  Not only do they come with what’s mentioned above, but they get new Iskendarian camshafts, and ported-and-polished cylinder heads – in the upper levels.  The Dart has to make do with brake and suspension enhancements.  All three Scat Pack cars come with cool graphics and custom interiors done up with Katzkin leather.

The Challenger R/T Shaker and the Scat Pack Challenger, Charger, and Dart will arrive in dealers by mid-May 2014.