Are you a car enthusiast who has a lot of money? Do you not own a Shelby Cobra? Would you like to? Well, you’ve got a chance. Did you miss the chance to buy the first AC Cobra produced? Most likely you answered yes.

AC Cars – which apparently still exists, by the way – will make nine new Cobras to exact 1962 specifications! They’ll even use the original tooling. While these continuation cars won’t be nearly as expensive as the $13.75 million original, they certainly won’t be cheap – be prepared to cough up at least $670,000 (or 500,000 GBP) for just one.

Autocar reports that these cars, which are called the AC Cobra Mk1 260 Legacy Edition, will be built at AC Heritage near the former Brooklands racing circuit in the UK. The factory is run by AC historian Steve Gray, who just happens to have acquired most of the Cobra’s original plans and tooling.

Each “new” Cobra will be built with an aluminum body, and will have a live rear axle and a 260 cubic-inch V8, just like the first Cobra. AC Cars will offer two colors: the original blue of the first Cobra chassis (CSX 2000, in case you were wondering), or yellow. Each car will be left-hand-drive, just like Carroll Shelby’s personal car.

Over the years, numerous Cobra replicas and continuation cars have been built, most notably a continuation series by Shelby American, but these Cobras are going to be very unique. While most replicas copy the more powerful and faster 289 and 427-powered Cobras, it’s incredibly rare to see one with a 260 cubic-inch V8. Plus, these cars have the distinction of quite proudly wearing the AC badge.

As always, donations are gladly accepted. It can even be the unofficial car for The Unmuffled Auto News!

Say you have a Mazda Miata. It doesn’t matter what generation Miata you own – there are many options to make your Miata into a track monster, a daily driver with some oomph, a canyon carver that will hang around with a Porsche 911 GT3, and anything in between. If you don’t have a Miata, I highly encourage you to get one. Hop onto Craigslist, type in “Mazda Miata” and see what comes up. You can get one for $1,000, but I wouldn’t recommend that, unless you know what you are going to do (i.e. yank out the engine, put on new bodywork, etc.). If you know what you want to do, get one for cheap. Otherwise, my rule of thumb is get the nicest one you can get. Paying a few thousand dollars more for one that’s been taken care of, has a paper trail, and no accidents will mean less of a headache for you down the road.

The Miata was designed with extreme abuse in mind, so keep in mind it’s pretty hard to break them. They are durable cars, and will hold up to more abuse than many new cars.

Here are some options:

Now, some of us might not have that kind of money. Don’t worry if you don’t – there are still plenty of options to make your Miata a speed demon!

All of these options are great. You will love the added performance bonuses all of these options give you. Think about it this way: if you don’t want a massive V8 in your Miata, all of the cheaper options I listed will total about $10,000, which is about the same price as one of the V8 conversion kits (before the engine). Excuse me, I have to go onto Craigslist and find a Miata to do all of this to. As always, donations are gladly accepted. I have always wanted one, after all…Why not go all out and get one with a V8?

If you had such strong brand loyalty that you had to fill your two-car garage, what car combinations would they be? Here are mine. Tell me what you would fill your garage with! Owners of any given car can auction their car(s) off for any given reason.  You can auction the car off to get profit from an investment, to raise funds for another car, health reasons, etc.  Sometimes, however, it’s not the owner’s choice for the cars to be auctioned off.  Especially if the cars were purchased through illegal means.  David Nicoll amassed some very rare classic American muscle cars during his time as president of New Jersey’s Biodiagnostic Laboratory Services (BLS for short).  Now, Nicoll is facing somewhere between 17-22 years in federal prison for bribery charges.  His small collection of classic American muscle cars will be crossing the auction block on September 12 at a U.S. Marshal’s Service public auction in Lodi, New Jersey.

David Nicoll purchased his car collection literally through the blood of hours.  During his time as president of BLS, the FBI and the U.S. Attorney’s Office say that Nicoll received $33 million dollars in payments from a medical blood test bribery scheme that he personally oversaw for 7 years, and which netted well over $100 million dollars in total revenue.  Per the prosecution, BLS would bribe physicians to send their patients for medical tests which were often unnecessary, to be paid for by insurers.  Not one to be sly and frugal with his illegal gains, Nicoll was an extravagant spender.  It’s on FBI and IRS record that he spent $154,000 at a gentlemen’s club, over $400,000 in sports tickets, $700,000 on an apartment for his “female companion,” and over $5 million dollars in cars.

But, we’re not here to discuss fraud and extravagant spending on things like housing, clubs, and sports.  We are here, my friends, to talk about his fabulous taste in classic American iron.

Nicoll did not spend those ill-gotten $5 million dollars on chrome-clad Lamborghini Aventador’s or diamond-enrusted Rolls-Royce Ghosts.  His collection did, however, include a few Ferrari’s.  Instead, the bulk of that money was spent on some of the finest, rarest, and most expensive classic muscle cars ever created.  The inventory list of the A.J. Willner auction looks like a “best of 1967-1970.”  For sale are a:  1967 Shelby GT500, a 1969 Chevrolet Yenko Nova, a 1969 Chevrolet Yenko Camaro, a 1969 Chevrolet Yenko Chevelle, a 1970 Plymouth HEMI Superbird, a 1970 Chevrolet Chevelle SS 396 L78/L89 Convertible, and a 1970 Ford Mustang Boss 429.  Here’s the scoop on these cars:

Those with a good deal of money wanting a bone-stock, amazing muscle car will almost certainly want to be in Lodi, New Jersey on September 12, 2014, for the U.S. Marshal’s Service Auction through A.J. Willner Auctions.  You can view the cars at A.J. Willner’s website at http://www.ajwillnerauctions.com/auctions/us-marshals-seized-vehicle-collection 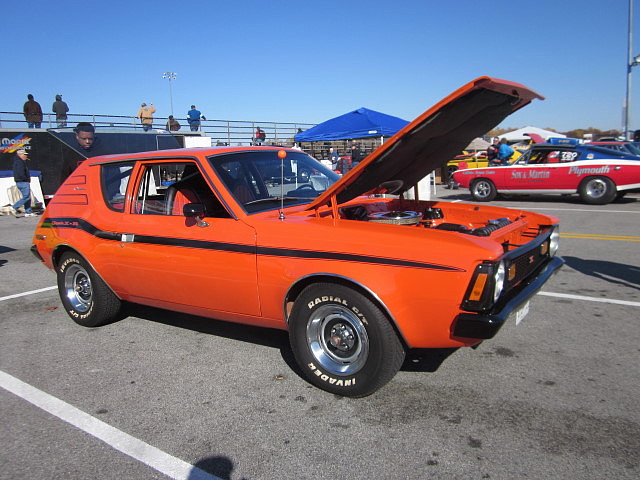 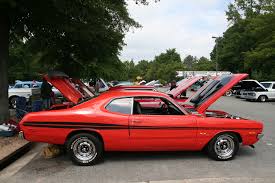 For those of you who remember seeing the little Dodge Omni’s tuned by Shelby in the 1980s will remember that their name, the Omni GLH fitted them.  Very well.  Before his death, Carroll Shelby bought a Ford Focus ST.  Why?  It reminded him of the old Dodge/Shelby Omni GLH-S’ from the disco days.  He brought it to the factory, where they immediately started tuning it.  This magical 2014 Ford Shelby Focus ST will cost $14,995 (on top of buying a $25,000 Ford Focus ST), but those dollars might be well-spent.  The car gets:  GT500-spec brakes, a Ford Racing suspension, Borla cat-back exhaust, an upgraded interior, new wheels and tires, and your choice between three graphics packages.  Power is still the stock ratings, but Shelby is working on a 30-60 horsepower/torque upgrade that will still allow the car to use pump gas.  All the while still being emissions-legal in all 50 states. Many enthusiasts will ask why it’s not called the GLH, but the reason is that there is still too much of a connection to Mopar for that.  Sources at Shelby tell us that we can expect to see a new Shelby debut at the 2014 Detroit Auto Show, and it won’t be based off of a Mustang!  Secretly, I am hoping for a Transit Connect panel van tuned to produce a lot of power and looks.  Drool over the picture of the Shelby Focus ST.  It’s definitely NOT a sleeper!  That is, unless you live in a town with a LOT of hot rods…