For me, the 2014 Chevrolet Camaro will always hold a special place in my heart.  Maybe it was the 2006 Camaro Concept that I saw many moons ago.  Maybe it was the 1969 COPO Camaro I saw at the Sonoma Raceway Dragstrip at the summertime Wednesday Drags (I highly recommend going there – admission is $10 for spectators, and $25 gets you a place to drag race your vehicle from 4-10 PM!  Also, Top the Cop is cool [$25 for students allows high-school students to drag race cops in full uniform and squad cars!]).  Maybe it was Hot Rod Magazine’s 1967 Crusher Camaro.  Whatever it was, I feel a sense of longing and lust for the Camaro.  Every car has it’s own faults.  For the Camaro, it’s the fact that you’ve got about as much visibility as a military bunker.  The terrible gas mileage in performance-oriented models doesn’t help, either.  Whatever.  Chevrolet offers a Camaro for every enthusiast and every budget.  The base V6 Camaro is a pretty good deal.  It’s got a sweet 312-horsepower V6 that gets pretty good fuel economy ratings for something it’s size.  The Camaro SS takes it up another notch.  It makes 426 horsepower with the manual transmission (the only way to drive a Camaro!) from a slightly detuned Corvette LS3 engine.  For those who like the car to shift for itself, you’ll have to deal with a mere 400 horsepower!  The ZL1 takes the Camaro to a whole new level of performance.  It makes 580 horsepower from a detuned LS9 engine (from the beloved C6 Corvette ZR1), and it makes the same amount of horsepower with both a manual transmission or an automatic transmission.  This is a true bruiser.  The Z/28 makes 500 horsepower from the splendid 7.0-liter V8 previously found in the Corvette ZO6.  When Chevy announced that they were bringing back the storied Z/28 name, I felt that Chevy would finally do it right again.  Let me give you history on the Z/28 package/model in the Camaro.

The first-generation Camaro Z/28 debuted in 1967.  It came around because Chevrolet wanted to start dominating the SCCA Trans-Am series.  The Shelby GT350 Mustang team was simply leaving bits and pieces of Chevy’s pride at American road courses all over the country.  Chevy was infuriated.  Thus came along the Z/28.  The SCCA Trans-Am series required that all cars had an engine displacement of 305 cubic inches or less.  Chevy’s smallest Camaro V8 was the 327-cubic inch V8.  The next-smallest V8 that Chevy had was the 283-cubic inch V8.  By putting the 283 parts on the 327, Chevy created a 302-cubic inch V8.  It was officially rated at 290 horsepower, but dynomometer tests showed the car easily made 350 horsepower.  Racing versions made at least 450 horsepower.  The 1967-1969 Camaro Z/28 came with the 302-cubic inch engine, a Muncie M21 transmission, J56 heavy-duty front disc brakes, along with racing-spec rear drum brakes.  Positraction was highly recommended.

The second-generation Camaro Z/28 (1970-1974) had much more handsome styling, more power, and better everything.  There were some significant differences with the new Camaro Z/28.  First of all, the LT-1 350-cubic inch V8 was essentially a Corvette LT-1 with 10 less horsepower (360 vs. 370).  The reason that the stock Z/28 came with the LT-1 is because the SCCA Trans-Am series allowed for engines to be destroked.  Another big mechanical change was the availability of an automatic transmission in the Z/28.  Appearance and sales went off a cliff with the federally-mandated aluminum bumpers with rubber strips.  To avert everybody’s eyes from the ugly bumpers, Chevy made gigantic Z/28 decals and a big power bulge hood.  It worked.  Sales went back up.  Also, airline passengers could spot a Z/28 from 20,000 feet in the air.  Chevy was so disappointed with what happened with the Z/28 that they discontinued the Z/28 until 1977.

1977 was still the second-generation Camaro, and it marked the rebirth of a legendary car.  The 1977 Camaro Z/28 still had the big bumpers, but they were body-colored.  The 1977 Z/28 made a weak 185 horsepower and 280 lb-ft of torque from an emissions-choked 350 cubic-inch V8.  The emphasis was on handling, not outright acceleration like previous Z/28’s.  The hood scoops found on the 1979 Z/28 became fully functional in 1980.  Chevrolet added a cold-air intake to the Z/28.  Power jumped up from 175 horsepower to 190 horsepower.  California was the loser on this deal.  They had to deal with a 165-horsepower 305 cubic-inch V8.  Poor Californians.

2014 marked the return of the storied Chevrolet Camaro Z/28.  Powered by a 500-horsepower, 7.0-liter V8 (the same engine found in the Chevrolet Corvette ZO6), the Z/28 isn’t all about handling like its ancestors.  It has a Tremec six-speed manual, a limited-slip differential with helical gears, carbon-ceramic brakes, Pirelli P Zero Trofeo R tires, forged 19-inch alloy wheels, Recaro seats, and a 300-pound weight advantage over the portly 4,120 pound Camaro ZL1.  In addition to all of that, it is one of the first production cars in the world to have race-proven, spool valve adjustable suspension dampers, which allow engineers or mechanics to adjust the suspension to use four-way damping control.   Stiffer spring rates and higher bushing rates allow for higher cornering speeds.  Much of the development testing for the 2014 Camaro Z/28 was done at the Nürburgring, where the 2014 Camaro Z/28 posted an astonishing 7:37.47 in the rain!  Even though it has 500 horsepower going to the ground through rear-wheel-drive, it still beat cars that were built to go around the Nürburgring, like the Type 991 Porsche 911 Carrera S and the Audi R8 V10 Plus.  While $75,000 is expensive, you get a lot of car for the money.  Plus, those in Audi R8s will scoff at you…until they eat your burnt hydrocarbons!

Sales will start near the end of January, 2014.  The first deliveries to customers will begin in April.  The very first 2014 Chevrolet Camaro Z/28, with the VIN #0001, will be auctioned off to the highest bidder at the Barrett-Jackson Scottsdale, Arizona Auction taking place on January 18, 2014.  I can’t wait to see the new Camaro Z/28!  How about you?

Also enjoy the pictures of every generation of Camaro Z/28!  I have also attached pictures of vintage Camaro’s that dominated tracks during their time! 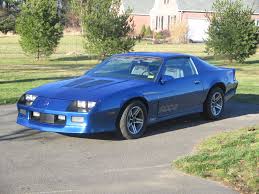